This body deals with trade, investment and development issues.

UNDP-United Nations Development Programme
It works to eradicate poverty and reduce inequalities through the sustainable development of nations, in more than 170 countries and territories.

UNIDIR--United Nations Institute for Disarmament Research
Its main task is to inform States and the global community on questions of international security and to assist with disarmament efforts so as to facilitate progress toward greater security and economic and social development for all.

FAO-Food and Agriculture Organisation of the United Nations
The main aim is to defeat hunger internationally.

IDA-International Development Association
It is an international financial institution which offers concessional loans and grants to the world's poorest developing countries.

WIPO-World Intellectual Property Organisation
Its main aim is to encourage creative activity, to promote the protection of intellectual property throughout the world

WMO-World Meteorological Organisation
WMO is dedicated to international cooperation and coordination on the state and behaviour of the Earth's atmosphere, its interaction with the land and oceans, the weather and climate it produces, and the resulting distribution of water resources.

EU-European Union
It allows the free flow of goods and people, except for random spot checks for crime and drugs. The EU transmits state-of-the-art technologies to its members.

EC-European Commission
Responsible for proposing legislation, implementing decisions, upholding the EU treaties and managing the day-to-day business of the EU.

CoE-Council of Europe
It is Europe's highest humans rights council.

CIS-Commonwealth of Independent States
The CIS encourages cooperation over economic, political and military aspects and has certain powers possessing coordinating in trade, finance, lawmaking and security. It has also promoted cooperation on cross-border crime prevention.

ASEAN-Association of South-East Asian Nations
It is a regional grouping that promotes economic, political, and security cooperation among its ten members

Donate and Help Us 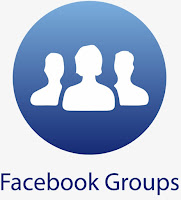